Luna is the daughter of One, and the heir to the throne of the Cloudlands. She's friendly and outgoing, but can be suspicious of things she feels to be off. She and Sola are sisters, originally twins, although Luna is now much older than Sola.

Luna is the main protagonist of Powers Far Greater.

A young girl at the opening of the first story, Luna Mercer is introduced as the daughter of a traveling doctor. The two live in a cabin deep in rural New Zealand. As her father is often away on business, she spends much of her time around her best friend, Harmony.

As it turns out, Luna's destiny lies far from the place she calls home.

Luna is generally relaxed and calm, but her emotions can change quickly and unpredictably. She's happiest when those around her are happy, and cares deeply for her friends.

She can get upset relatively easily compared to the other mages, and can make rash decisions without thinking. Despite this, she chills out pretty quickly and rarely holds a grudge.

Luna works best on her own and is extremely independent, but she gets lonely easily and loves to be around people she cares about.

Due to her magic, Luna can change some aspects of her appearance at will, but for the most part she prefers to stay in a pretty casual form.

She has thick and wavy black hair, normally in a shoulder length bob with bangs or parted to the side. A barette in the shape of a crescent moon is always neatly clipped into her hair, most commonly on the right side above her ear.

Her skin is a medium brown tone, and if you look very closely she has freckles dusting her nose and cheeks. 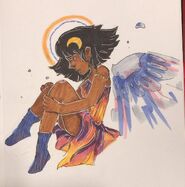 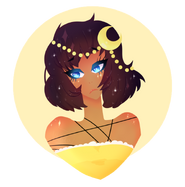 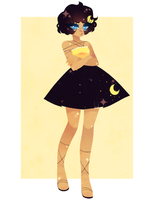 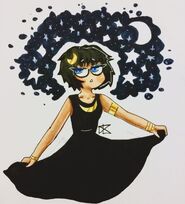 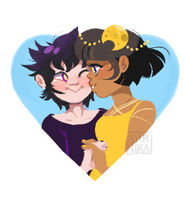 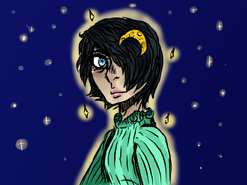 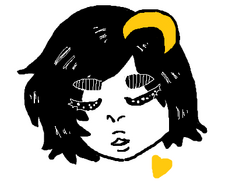 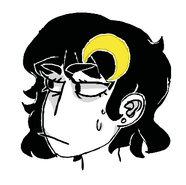 Add a photo to this gallery
Retrieved from "https://powersfargreater.fandom.com/wiki/Luna?oldid=363"
Community content is available under CC-BY-SA unless otherwise noted.